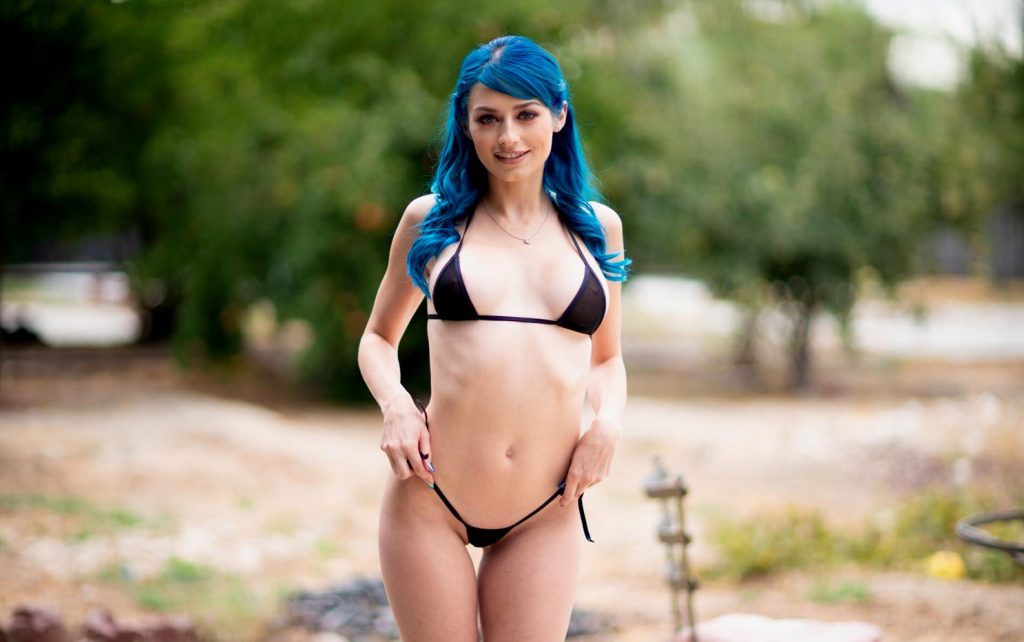 Anyway, I got one favorite star in particular. Her name is Jewelz Blu. She’s freaking hot and sexy, and she’s the kind of chick who can bring your fantasies to life.

So, if the idea of wanking your meat on a real-life mermaid turns you on, then this article might be perfect for you.

Now, let’s stop this nonsense and get on with the star of our show.

Who is Jewelz Blu? 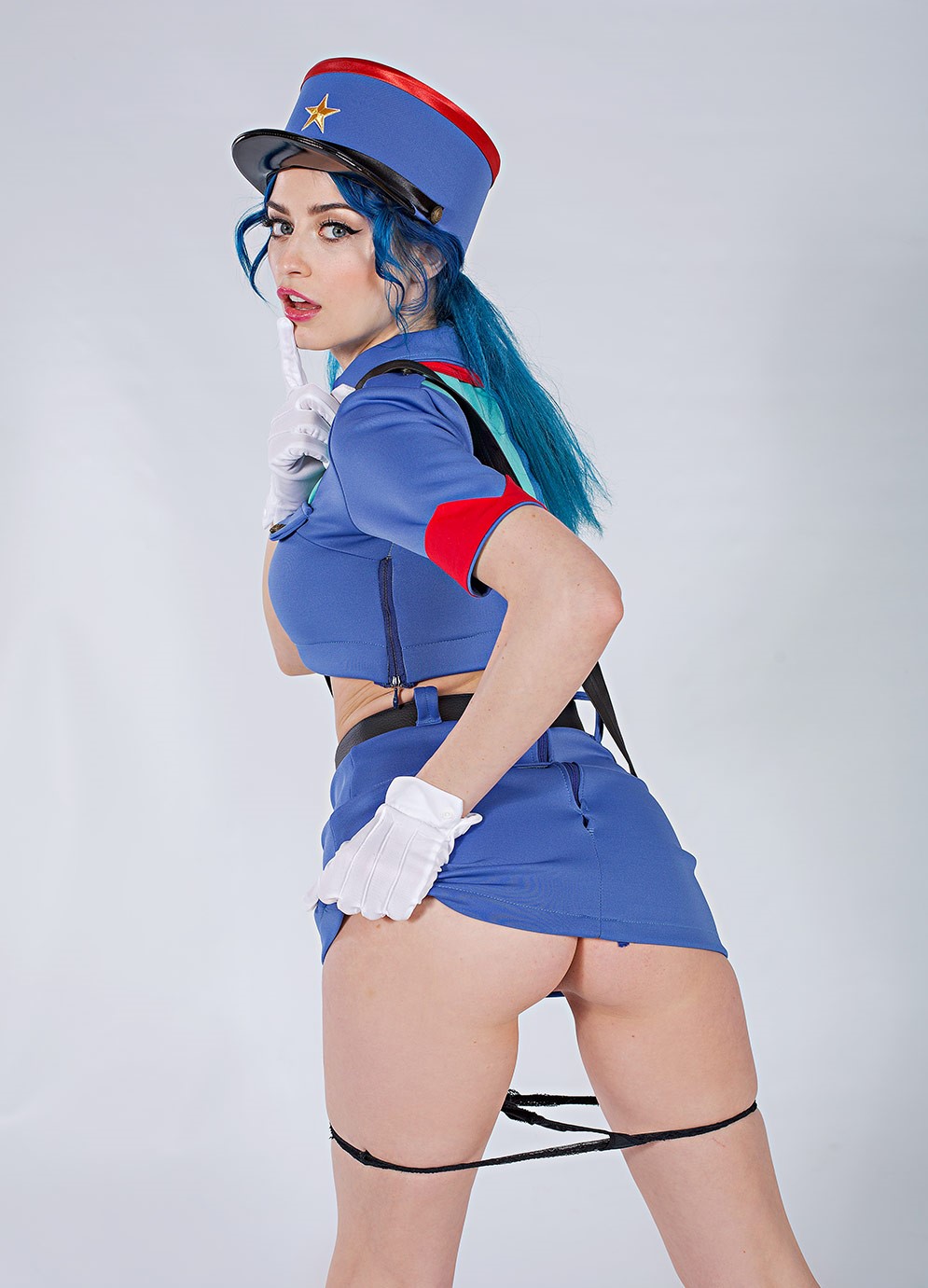 Jewelz is a German babe born on September 21, 1994. I guess that means she’s only 26 years old, as of this writing. Currently, she’s residing in Orange County, California. I heard that she decided to move to the US in 2006.

I think what really turns me on are her irresistible blue eyes, shiny blue hair, and her beautiful face. The color “blue” is her trademark, and she even calls herself the “blue mermaid.” Well, I bet you already know why.

She got terrific curves that can make any dudes’ dick rock hard. And of course, let’s not forget about her enhanced melons the size of 32C. If you ask me, I think the size is just right for her. It’s not too big nor too small.

Jewelz loves working out. In fact, she goes to the gym every day to make her bum firmer and more prominent.

She got no tattoos on her body, and she only has piercings on her ears.

After finishing high school, she financed her college studies by working two jobs at a grocery store and a juice bar. She worked so hard to pay for her tuition. 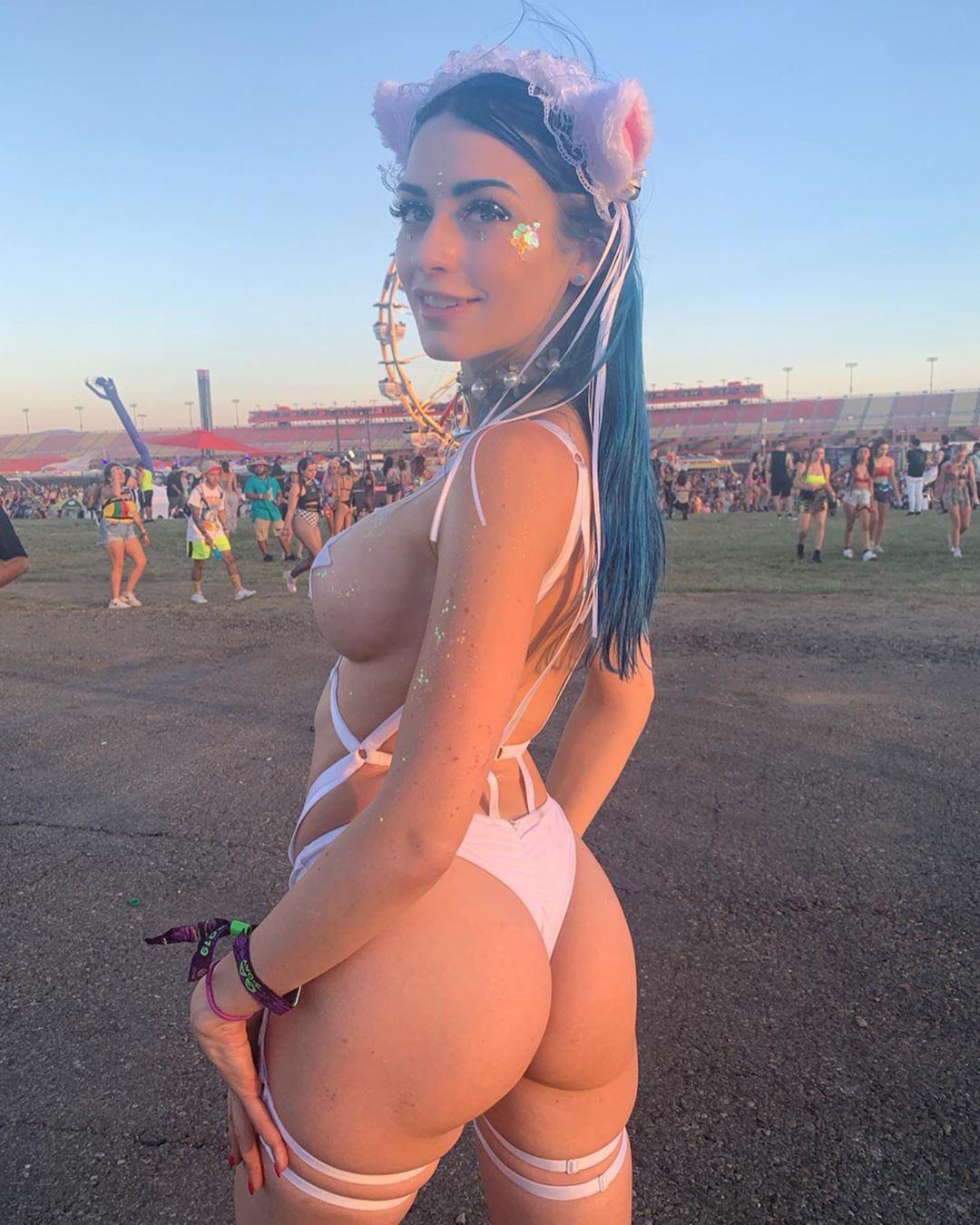 By now, you might have already made up your mind about following this German goddess. Don’t worry as that’s a decision you’re not going to regret. Jewelz gives her all in every performance, which means you can expect one hell of a show.

She posed again as a cover model for one of her films from Burning Angels’ titled “Goth Nymphos” in 2020. The scene featured other titillating stars like Lola Fae, Karma RX, and Ivy Lebelle.

In my opinion, the titles I’ve mentioned are must-see movies of Jewelz. So you might not want to miss any of them. 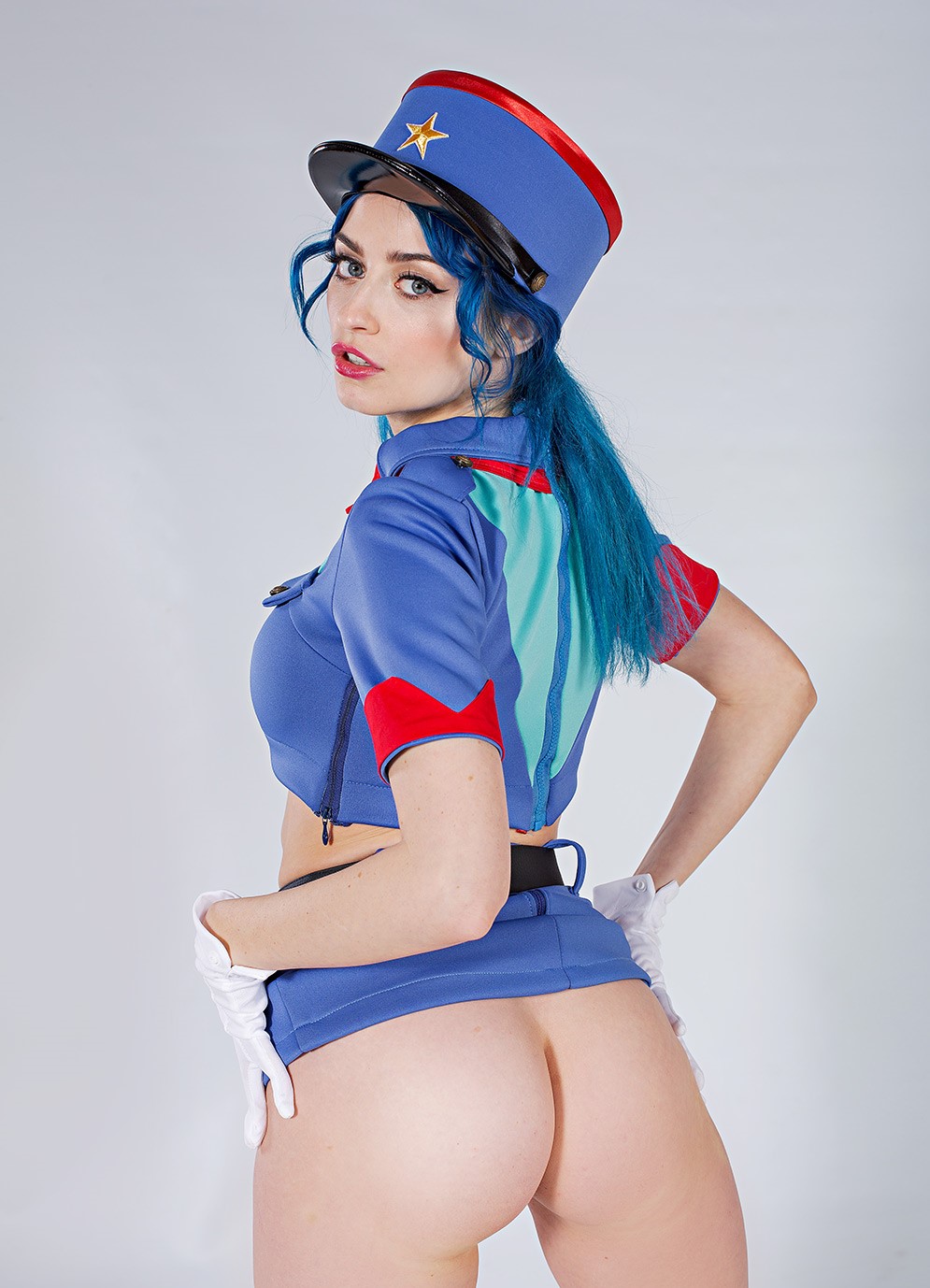 If I were you, I might open my Snapchat app immediately to see what she’s sharing with her followers. I’m pretty sure she’s creating some steamy hot content!

According to Jewelz, most people know her from the rave scene. But they might be more interested to see her naughty side, and they can only witness that through her Snapchat account.

So, I guess we shouldn’t miss the opportunity to subscribe and join the fun — what do you think?

She enjoys performing as a flow artist and a fire dancer at festivals and raves during her spare time.

If you want to see her in person (yep, that’s possible, especially if you’re living near her area), you can start attending raves and festivals that take place in SoCal.

Jewelz loves cooking, making art, going to the gym, hiking, and camping. She even said that creativity fuels her life and runs through her veins. Well, I can clearly see that!

She even admitted she’s a hardcore stoner babe. She loves cuddling with her kittens and stuffing her face with delicious vegan foods during her downtime.

Do you want to stay connected with this rising German starlet? You can follow her on several sites and social media platforms to discover her hottest scenes! She’s on ManyVids, Instagram, Twitter, and MyFreeCams.

I know you might not get enough of this chick, so I decided to show you more. 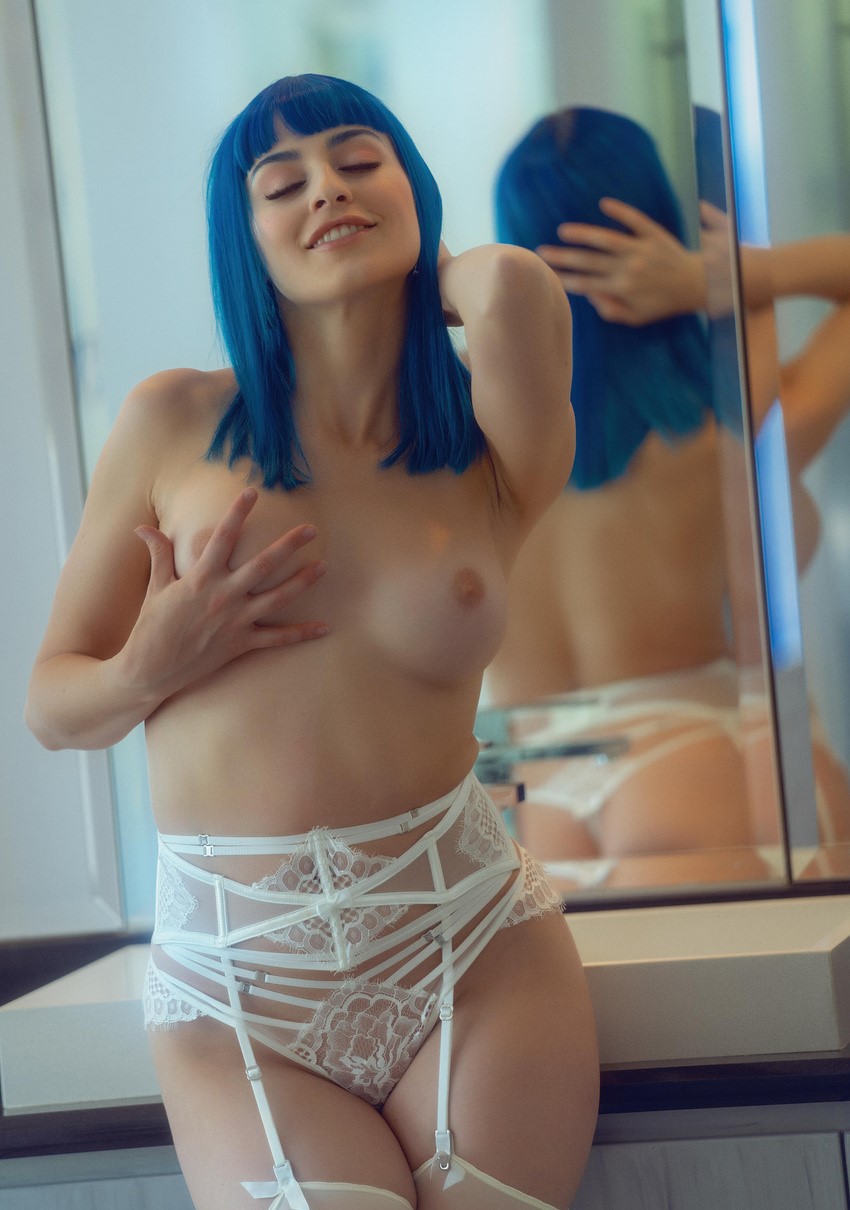 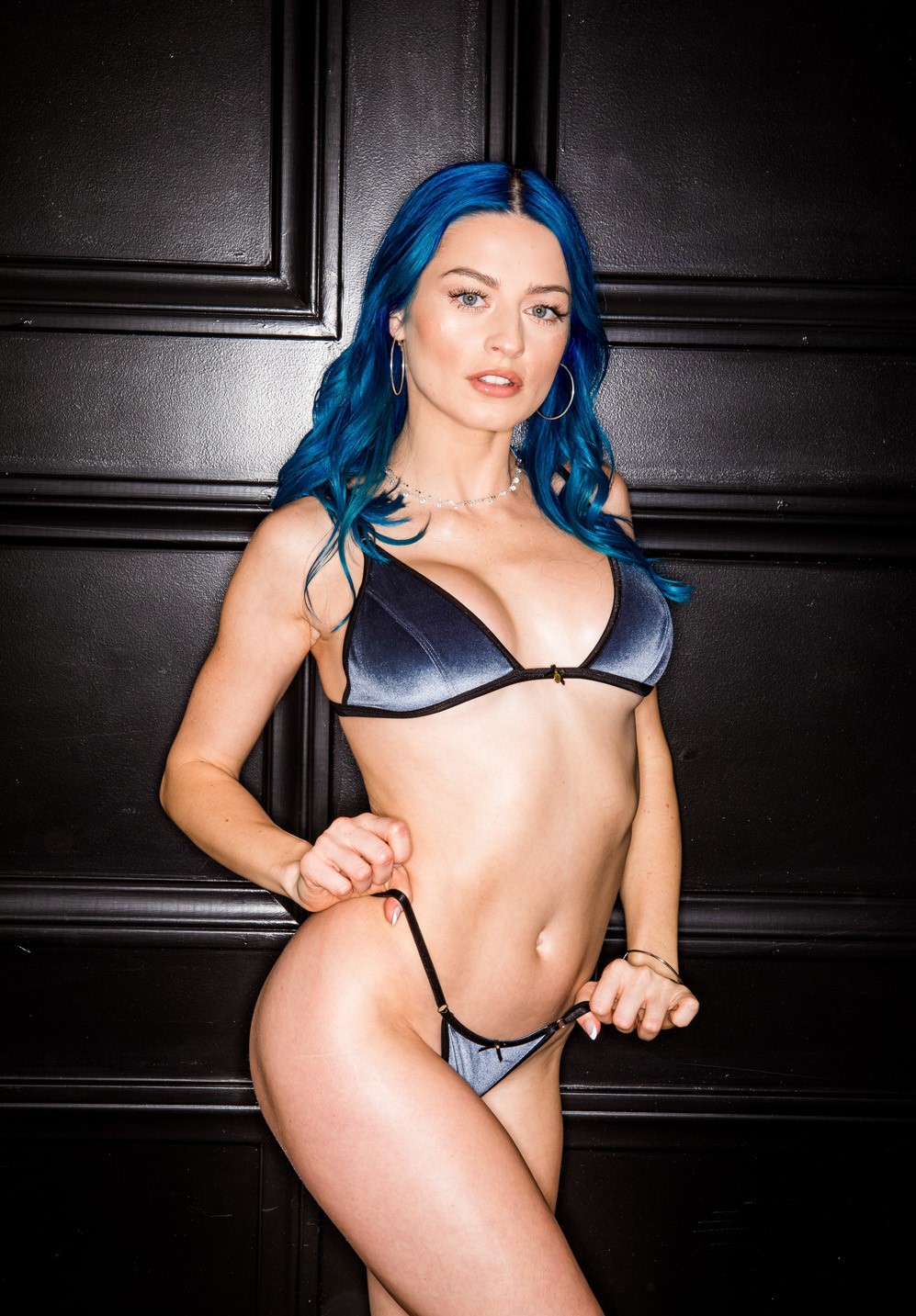 So, how was the collection? I hope those pics would be enough to sexify your fapping night.