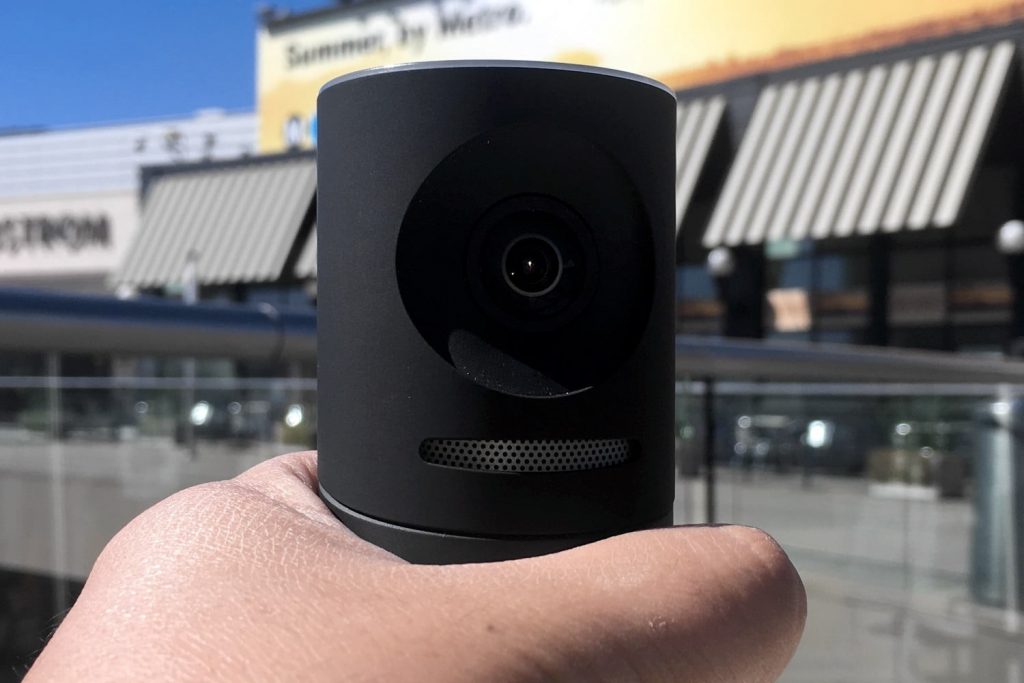 Being a cam girl requires the necessary investments.

You can’t expect viewers to be attracted to a grainy or lagging live stream. Performance and quality matter more than you think.

If a cam girl wants to take their career to the next level, the first step in investing in a high-quality camera. Everything matters from the highest resolutions to the best quality audio in its mic.

We’ve gathered the best webcams to use for cam girls in 2020 to help you out. You’re welcome! Logitech C920S is the most well-rounded camera so far. It has the best overall features that a cam girl needs.

The camera can stream a solid 1080p resolution for private chats and 720p for video calls. Cam girls who tape their shows rather than a spontaneous live stream can take full advantage of its HD features.

The Logitech C920S’ 20-step autofocus and automatic low-light correction can perfectly pick up the craziest of movements a cam girl does on cam. It’s perfect for the exhibitionist!

How about hearing her orgasm on two integrated microphones with automatic noise cancellation? That’s some real audio pick up!

Detailed face tracking, responsive motion detection, and compatibility with camera movements are plus features a cam girl can’t pass on. The Microsoft Q2F-00013 is a runner up to Logitech’s C920S. The brand alone makes it compatible with a windows-user cam girl.

Since it’s a runner up to the aforementioned Logitech camera, it pretty much boasts the same features but they differ in design. The Q2F-00013 might be good for a hidden cam gimmick as it literally looks like a CCTV camera!

What makes this camera different? Professionals who take their cam shows to a more exclusive video calling software might want to choose this one as it’s Skype certified.

Looks like Microsoft has found a way to benefit from even the adult cam business. Who would have thought you can have a webcam with the same 4K resolution of a GoPro?

Logitech Brio is the way to go if you want to go full HD. This is another one that’s perfect for the super exclusive private chats.

The Brio supports up to 30 frames per second at 2160p, which means your viewers can enjoy a cam girl’s show on a huge flat screen!

It is also low light friendly as its RightLight 3 features use High Dynamic Range technology to make the image clear even in low lights because cam girls often stream on a dim room lit with neon lights. Logitech has a way of optimizing its cameras for video calls and the C930E is no different.

This camera runs perfectly for Skype for Business, Cisco Jabber, as well as other business-related software like Zoom, BlueJeans, and Lifesize. If being a cam girl is a business, then this camera has you covered!

So what does this camera actually have that the rest doesn’t? Well, aside from it runs so smooth on wherever else you’re likely to do private video sessions, it has the famous RightLight technology.

Wouldn’t it be cool to make it a game where no orgasm sounds should be heard? Cam girls might want to play that ASMR game. Speaking of the game, some cam girls like to use a gamer gimmick on their streams.

What they do is they play a certain video game and if they lose a certain mission or challenge, they lose their clothing one by one.

So what cam is best for that? Go with the Logitech C922 Pro Stream.

You’re going to get high resolution, great microphone pick up, it even picks up a green or blue screen well when you want to change the background your viewers see.

If a cam girl were to use the C922 for a video game gimmick, then good for them as the camera is optimized for Open Broadcaster Softwares. That means if performs well on whichever platform you are on.

As for its resolutions, you can either broadcast at 1080p at 30 frames per second or 720p if you want to double your frame rate to 60.

This webcam is also backed by 20-step autofocus, and armed with two integrated omnidirectional microphones. It also does well under low lighting.

Take note that even if you aren’t a gamer, this will still take your cam girl career to greater heights. At first, you might be thinking, what’s the difference between this one and the previous one?

Well, if the C922Pro is perfect for your gimmick streams, then the C922x Pro can handle that and watch parties.

This model is basically designed to be a higher-end webcam for video conferences. It can still perform at an optimum even when multiple parties are in the same private chat.

Other than that, see the C922 Pro Stream for its standalone features. Razer is a gaming brand but that doesn’t mean it can’t perform just as good for those in the adult cam business.

The Razer Kiyo is designed for optimization with online streaming software such as Streamlabs tools, OBS, XSplit, etc. That means it will work well with any adult streaming site a cam girl is on.

Dim or dark room? No problem as the Kiyo has a light ring circling the webcam. No need for external lighting as it has a 5600K light which can easily be adjusted through its bezel.

Its round design is pretty attractive if you are into the cosmetic side of the hardware. Resolutions are pretty much the same having both 1080p and 720p.

Some can already imagine gorgeous faces being lit up. Those who only need enough to get the job done can make do with the C270. Among all the webcams on this list, this one has the best value for money.

Of course, it can already record high definition. Cam girls won’t have a problem performing extra movements such as dancing and dares.

Its built-in mic is decent enough not to pick up a lot of background noise. It’s very unlikely that a cam girl will stream with a noisy ambiance anyway.

For its standout feature, the Logitech C270 with Fluid Crystal technology to allow you to have a smooth stream with no lags or frame drops. You won’t have to worry about a pretty face pixelating.

Imagine if a cam girl has an elaborate set design where her entire room is decorated to change scenes every once in a while? Then they’ll need a camera with 360 Degree Rotation.

That’s what makes the Ausdom AW620 Pro a likely popular choice for cam girls. Plus, it supports Windows 7, macOS, ChromeOS, and Android which expands streaming options for a cam girl.

The AW620’s built-in camera has decent noise filtration which can come in handy when unnecessary noises occur when changing angles for scenes.

I can already imagine a Euro themed stream where the cam girl takes me around for a Eurotrip in the private chats. At first glance, you might think the Mevo Plus is a portable speaker rather than a webcam with WiFi and Bluetooth.

It probably has the best design among all the webcams on this list but it’s not all aesthetic. The Mevo Plus is actually an exceptional webcam when it comes to performance.

This Bluetooth webcam is more portable as it does not need a cord to run. Not only that, but it can also connect to WiFi to make sure cam girls have a high-quality, uninterrupted stream.

Here is the best part. The Mevo Plus can produce 4K HD outputs with 12MP capacity. It’s like using a GoPro Hero 8!

But just like the GoPro, you’re running on limited power which means you should plan your live cam session accordingly.

Given how worth it this camera is for a cam girl, I guess you’ll find a way to figure it out.